Films have been a great part of human society. Before the invention of films, people used to watch theatres for their entertainment. However, technologies evolved and films became an integral part of human lives. It is today the best way to kill time or entertain. Films are also the best way to have long conversations. Films and their characters become people’s favorites. There are dozens of films that have shaped societies on a deeper level.

In this blog, we will discuss the major Indian film Industries. These industries produce a large number of movies each year. These movies show Indian culture, folk, classic, romance, technology, and art on a great level.

A Short Intro on the Indian Film industry:

The Indian film industry contributes highly to people’s economic & social lives. India releases 1800 films annually on national & internal levels. It gives direct employment to 7.4 million people. More than 23 million people benefit from the Indian film industry indirectly. India is the home of hundreds of mainstream languages. Thus India has a quality bilingual culture in its films. The Hindi film industry Bollywood holds a stronghold in the whole country & even in the international markets. On the other hand, regional film industries such as Telugu & Tamil industries are glorifying their regional cinema. Note that in recent 10 years regional cinema, especially the southern industry has seen exceptional growth.  S.S. Rajamauli directed ‘Bahubali-1’ and ‘Bahubali-2’ has left historical remarks in global cinema. The Indian film industry became the top film production industry in 2013. In 2019, alone Indian cinema theatres made a total revenue of 2.7 billion US dollars.

Other than these five major film industries, India also has the following.

Bollywood has been the second name of the Indian film industry for more than 100 years. A vast majority of the audience in India watches Hindi films that come directly from Bollywood. Bollywood has produced many legendary actors, directors, and story writers. Some of them are Raj Kapoor, Dilip Kumar, Dev Anand, Jitendra, Amitabh Bachchan, Rishi Kapoor, Shahrukh Khan, Aishwarya Roy, Madhubala, and Aamir Khan. The Yash Raj Films and Dharma Production are now the top production houses in India. Some of the greatest movies of Bollywood are Sholay, Mughal-e-Azam, Mother India, Salam Bombay, and extra.

The famous city of Mumbai then Bombay has been the centre of the Hindi film industry from the very start. It is the hub of Indian cinema. Mumbai is sometimes called ‘Mayanagari’ or ‘The City of Dreams’.

Bollywood is the second-largest film industry in the world. Bollywood has always come up with excellent movies in terms of stories, comedy, romance, VFX, actions, and emotions. What makes Bollywood movies unique are their songs. Since the very start, Bollywood uses songs in their movies. These songs are set to entertain, send messages, and add depth to the emotions of a film. 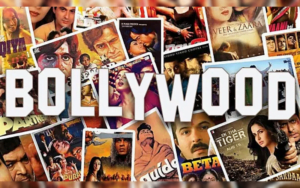 Kollywood or K-town is the heart of Indian Cinema. This is situated in Chennai, the capital of Tamil Nadu. Kollywood is one of the first film industries in India alongside Bollywood. For decades, it has been producing unmatched entertaining movies in the Tamil language. The fact that many Hindi films are translated into Tamil for the Tamil audience. In recent years, Tamil movies are also making remarks on Indian cinema and global films. North Indian people who speak Hindi especially watch Tamil movies for their stories and cinematography. Note that the famous science fiction movie Enthiran was released in Hindi & Tamil both languages. Enthiran was commercially the most successful Indian movie of 2010.

Tamil cinema is famous for its excellent stories, out-of-the-box content, cultural values, production management, action, and top-class acting. All these qualities have made the Tamil film industry one of the top cinemas of the globe. The constant efforts by their visionary directors have impacted the whole of Indian cinema. They are leaving a mark that will last for centuries in the cinema world.

The most famous superstars of the Tamil film industry are Rajinikanth and Kamal Haasan. Both are the gems of K-town as well as the Indian film industry. Many people in South India worship these two actors as Gods of the films. Rajinikanth and Kalam Haasan both are famous for their action sequences. Tamil movies are shown in 1500 theatres in Pondicherry and Tamil Nadu. 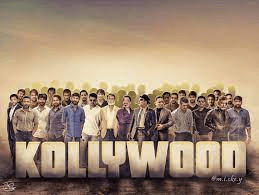 Its recent movies Bahubali and Bahubali-2 have impacted the whole world of cinema. It was a grand success all over the world. The same director made the film RRR which got excellent reviews from every corner of the world. Most Telugu films are now dubbed for Hindi audiences. Bollywood has been remaking Telugu movies for almost one decade. The most recent hit remake was Kabir Singh which was a remake of the film Arjun Reddy.

Tollywood has a huge fan base in entire India. It is not wrong to say that in some aspects it has now surpassed Bollywood. There are many Telugu movies that have changed the equation of film & cinema in India. S.S. Rajamauli is one of the most praised directors in India currently. Like Kollywood, this film industry also loves to do experiments with its style of cinematography and film content. The recent RRR movie is the best example of it. 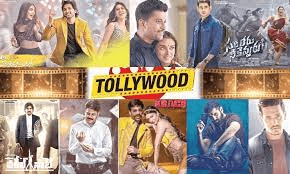 The Sandalwood or Kannada film industry is another home for quality movies. It has its centre in Bangalore city of Karnataka state. The meaning of the Sandalwood is Chandanavana in Kannada. It has produced hundreds of films that are somehow lost in time. Dr. Rajkumar, Shankar Nag, and Vishnuvardhan are some brilliant people who guided this industry to reach the peak it has achieved now. The Sandalwood recently produced and released KGF-1 and KGF-2 which were commercially super hit movies. They both are the highest-grossing Kannada movies ever. The KGF also was nominated in the final rounds for national awards.

The Malayalam film industry does not have big-budget films and also it has a limited audience. Despite all its limitations, the Malayalam movie industry has set a benchmark in Indian cinema. The cinematography and the unique stories have given it such a massive fan following. The first-ever 3-D film in the Malayalam language was ‘My Dear Kuttichathan’. It was commercially very successful at the box office.

A few years earlier, a movie named Drishyam was released in Kannada. The movie got a national award due to its brilliant story. Many Indian regional film industries created remakes and all of them went blockbusters. 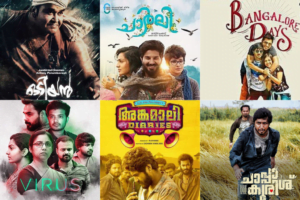 The main headquarters of Pollywood is at Amritsar and Mohali in Punjab. Many famous Indian film actors and directors have started their careers in this industry only.

The Bhojpuri is famous for its comedy and action sequences. The Bhojpuri cinema is the fastest-growing film industry in India. Currently, it generates 2000 cores of revenue each year. Quite surprisingly it is also famous in North America, Europe, and a few other countries. The fast growth pace of this industry has generated the largest viewership in India. The directors use motion graphics which increases the entertainment level of the movies.

The first Bhojpuri movie was ‘Ganga Maiya Tohe Piyari Chadhaibo’ which was released in 1963. After that, it has only seen tremendous growth. 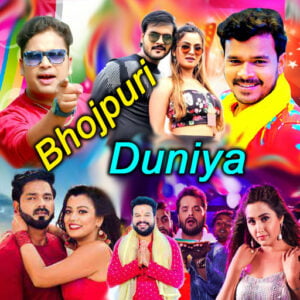 Later in 1919, Baburao Mistry started his own ‘Maharashtra Film Company’ with the blessings of Maharaja of Kolhapur. He created many silent films but after 1930, the company shut down with the advent of sound. Baburao Mistry or Baburao Painter believed that the talkies will destroy the history of India.

The famous Bengali film ‘Pather Panchali’ won the Best Human Document award at the 1956 Cannes Film Festival. For the next several decades, Bengali films were at the top of Indian cinema. Satyajit Ray’s films were loved in America, Europe, and other Asian countries. Ira Sach’s ‘Forty Shades of Blue’ was a mild remake of the Bengali film Charulata which was released in 1964. Gregory Nava’s ‘My Family’ duplicated its climax from the Bengali film ‘The World of Apu’.

Another famous filmmaker in this industry is Mrinal Sen whose films are inspired by the Marxist worldview. 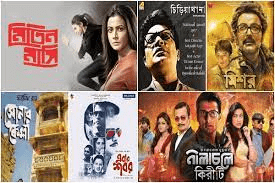 The Indian Film Industry has given a tremendous contribution to cinema art. India has been a house to many regional film industries which has marked its impact on a global level. It will be great to see what Indian cinema will give to the world in the next few years.


Here is the list of FAQs related to the film industry in India:

A. As of 2020, the combined revenue of all other language film industries has surpassed that of the Mumbai-based Bollywood Hindi film industry. As of 2022, Telugu cinema leads Indian cinema’s box-office revenue.

A. K.G.F:Chapter 2 surpassed 1,250 crores all expectations to become the highest-grossing Indian movie of 2022 with its global box office haul.

Q.5. What are different film industries in India?


A. 11 Things You Must Know About the Indian Film Industries Beyond Bollywood