AI or Artificial Intelligence has become a popular word in the technology world in the last few years with recent discoveries. Some of the top companies around the world have streamlined and developed highly sophisticated AI system to make a strong mark for the future.

Google Artificial Intelligence program Alphazero created worldwide headlines for projecting as a super-powerful chess engine that beat the current engine with a huge margin just after few hours of training. 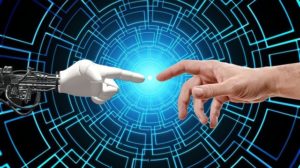 What is Artificial Intelligence?

What is Artificial Intelligence?

Artificial Intelligence is said to be the ability to machines to act, think, and make decisions like a human being. Though the early theories exist still we are far from achieving any real-time simulation of human-like brain that can understand, process and take decisions.

Artificial Intelligence requires machines to be programmed in such a way to act for any specific tasks. Some of the terms used with AI include Machine learning, deep learning, logic, neural networks, etc.

Machine learning and Artificial Intelligence is often used in combination as the process has been streamlined for many application in real life. Various approaches to AI are used for business-specific solutions for their ability to find patterns and conclusions in decision making.

Mainly three processes are associated with AI-based programming with Learning, Reasoning
and Self-Correction.

With millions of repeated activities performed by a human on various applications the need for Artificial Intelligent was imminent. In a recently conducted survey, Google AI outperformed Doctors in diagnosing Breast Cancer under specific circumstance. Though it is still not ready to replace doctors, it is helping them to make precise decisions in hundreds of similar applications. (source)

A Brief History of Artificial Intelligence

Artificial Intelligence has been the subject to various storytelling in the past such as the Frankenstein monster. Though the education on such a topic was out of reach.

Alan Turing was the first to propose mathematical ability and theories that machines can be programmable something he achieved to solve ENIGMA in the world war 2. He even went on propose hypothesis that whether a machine is capable to show intelligent behaviour or not. Alan Turing quote “Can machines think?”(source) is often touted as him the father of modern-day artificial intelligence as he laid down the path for machines with its reprogrammable approach in solving puzzles or real-life applications.

Officially the term ‘Artificial Intelligence’ was first coined by John Mccarthy to make it unique and separating it from others. Although it was popularized in the 1960s, thereafter a lot of hurdles came when it became to difficult to apply on real-time applications. Still, computers with AI were playing checkers, solving algebra problems, logical theorems, and speaking the English language in general.

A lot of researches were done around the world but no fruitful results through automation of various industrial processes had begun. AI at the turn of the century was also being involved in data mining, logistics, and many other areas in their daily activities.

With a sophisticated AI system of Deep Blue in 1997 when it made the headlines around the world as it beat the current world Chess Champion, Garry Kasparov. Then IBM Watson also defeated two great champions in a quiz show for answering system in 2011 for Jeopardy game. But still, the process for AI-enabled system was not streamlined and often it was limited to a few specific tasks.

Google Alphazero AI system was able to attain the highest rating of 3900 within hours after learning the game and self-teaching. With 9 hours of training, it beat the last powerful chess engine stockfish out of 100 games with 28 wins and 72 draws.

On a more fundamental approach, Artificial Intelligence (AI) is defined as the study of developing Intelligent agents that can understand the environment, study the surroundings, learn from their actions and make more precise decision to achieve a certain goal just like as human.

Based on Capabilities there are three distinct types of AI

Weak AI or Narrow AI: It is the most basic type of Artificial Intelligence in which machines can perform only certain tasks. Hence the name weak AI such as playing chess, speech recognition, image recognition, self-driving cars etc as it can do only the specific tasks in general.

General AI: Though only a hypothetical approach it is the Artificial Intelligence that is expected to work similarly as humans. As of now, there are no such machines that have the same abilities as a human being. Researches are going around the world for building such future centric machines.

Strong AI: It is the super-advanced form of Artificial Intelligence, expecting machines to work highly superior and intelligent than the machines. If created this would just be one result of the general AI with better capabilities to think, understand, reason, judge the environment, precisely plan, learn, and then take decision by itself. Strong AI is still just a possibility as developing such a system will take more efforts than ever imagine.

Arend Hintze, a popular professor in AI has given several categories that became the fundamental of this futuristic technology.

Reactive Machines: These are machine designed for specific tasks only such as playing chess but has no memory of its own so can’t use them get informed decisions for the future. For instance Deep Blue from IBM etc.
Limited Memory: These categories have some form of limited memories so they can use their old and past experience to learn from them for taking future decisions. Such as autonomous vehicles come under these types.
Theory of Mind: These are again hypothetical or assumed terms for AI machine that can understand emotions in general. Currently, there are no AI systems that can predict human behaviour and provide results from thereafter.
Self Awareness: In this type of machines, AI will be self-aware to understand and take decisions without any instructions. Again these are future hypothesis only as there is no current system that can match these capabilities.

A lot of advancement and Scientific research is associated with AI these days. Organisations all over the world are looking to create better infrastructure for AI to progress. Here are some of the recent changes that are seen with AI in general.

Speech Recognition: AI that can remarkably recognise human voice to transform into words and then format to use as per the requirements.
Natural Language Generation: This tool takes computer data to convert into understandable text.
Virtual Agents: Chatbots that are becoming hugely popular with websites around the world. They use AI learning-based algorithms for self-supervision.
Machine Learning: One of the main combination partner for AI that has changed the face of modern machines in today’s digital age.
Bio-metrics: Identify individuals based on their bio-metrics under heavy surveillance such as banks and financial assets to secure them from any theft.

Pros and Cons of Artificial Intelligence

As a technology AI has several advantage and disadvantages associated with it.

AI as a Service (AIaaS)

Many organisation today also offer AI as a service to integrate within your business for using them in your daily business activities. As these costs include hardware, software and as well as technical staff these can be expensive depending on business requirements. Some of the top AI organisation in the world are Amazon AI, IBM Watson, Google AI, Microsoft Cognitive etc.

Here we are going to start the Artificial Intelligence Tutorial step by step for beginners.

Now We will study each of these AI topics one by one!